At Capital District Podiatry, we take tremendous pride in providing an array of both tried-and-true and state-of-the-art treatment options for our patients who come to us from Troy, Clifton Park, and surrounding communities.

One example of an advanced treatment we offer—an option that has been able to help many people overcome foot and ankle pain—is HyProCure.

If you have pain or difficulty as a result of fallen arches, flatfoot, or other forms of misalignment within the foot structure, HyProCure could possibly eliminate the problem – without needing to use a traditional, invasive surgical procedure.

As you’ll see, this is a safe, effective option Even better, the recovery period is minimal and it might also take away pain from other areas of your body. 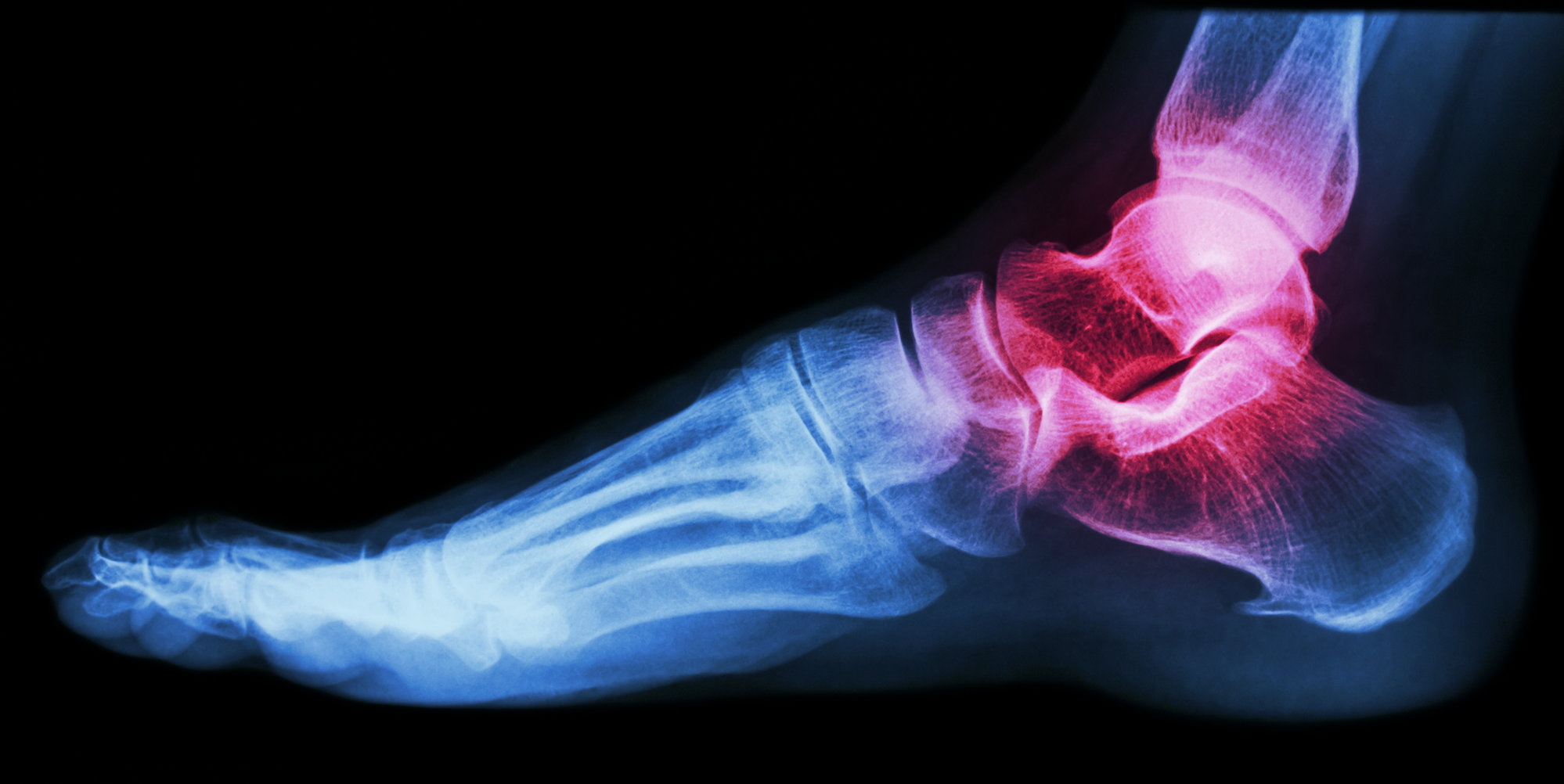 Foot Misalignment – The Source for Many Cases of Pain and Difficulty

On a virtually daily basis, we hear stories from patients who are having a difficult time from some kind of painful foot condition. Heel pain, bunions, tendonitis, etc. are all certainly problems, but most people are unaware of the fact that these are usually secondary issues – symptoms rather than causes.

Actually, the core issue frequently tends to be feet that have structural misalignment or are flat. In these cases, force loads are not being distributed in a normal manner.

Why is that such a problem?

You probably don’t even realize this, but your feet endure incredible amounts of force during the course of even an average day (one wherein you aren’t putting additional force from high-impact activities like running or sports featuring jumping).

In fact, just walking puts up to twice your bodyweight in force on the landing foot with every step. This number can certainly vary, but an average person on an average day takes roughly 10,000 steps. Now multiple your bodyweight times two, and then multiple that number by 10,000.

That’s a lot of force, right?

Well, the good news is that feet are naturally able to handle the force loads reasonably well – when there aren’t any existing structural issues.

Misalignment in a foot can cause excessive pressure to be placed on areas ill-equipped to handle it. A perfect example of this is a bunion.

Bunions form at the metatarsophalangeal (MTP) joint found at the base of the big toe. This particular area can endure a certain degree of force, but when force loads are excessive, the connective tissue responsible for keeping the big toe in alignment are no longer able to do their job. The repetitive pressure drives the MTP joint out as the toe starts to angle inward.

That situation doesn’t happen if all structural components are aligned correctly.

Dr. Pandya can certainly correct a bunion caused by misalignment, but treating a secondary problem like this by itself is like re-inflating a tire without fixing the leak – it’s just going to become flat again!

A better approach is to correct both the bunion and the root cause, and this is something that can be achieved with HyProCure.

Having the approximate shape and size of a small screw, HyProCure might not look like much, but this titanium stent has been used to help tens of thousands of people overcome symptoms that are painful, take away normal function, and can be downright debilitating.

The stent is inserted—via a minimally-invasive procedure—into a space found between the heel and ankle. This naturally-occurring space is unoccupied, so nothing has to be moved to make room for the HyProCure.

Soft tissues in the foot quickly adhere to the stent—thanks to the unique titanium threading—and this means there is no need for plates, screws, or other such equipment.

Once it is in place, the device immediately realigns and stabilizes the hindfoot into a natural position.

This revolutionary treatment has been able to help many others who had been suffering from pain not only in their feet, but also farther up the body (ankles, knees, hips, and even back) – and it might be the right solution for you.

So how can HyProCure—which is used in the foot—potentially ease back pain?

The well-known song isn’t entirely accurate from an anatomical point-of-view (there are many bones in the foot – not just a single “foot bone”), but the general notion holds up pretty well.

What this means is that a realignment of the rearfoot can move the ankle into more natural positioning. In turn, the lower leg bones are better positioned, which then affects the thigh bone, etc. Eventually, the benefits extend all the way up into the back.

Further, your bodyweight is now rebalanced, which decreases pressure on sensitive joints – while at the same time placing minimal pressure on the stent itself. You won’t even be able to tell it’s there!

Advantages of HyProCure Over Traditional Procedures

Surgical procedures that have traditionally been used to realign the ankle or correct adult-acquired flatfoot typically entail large incisions, screws and plates, and a long time for recovery. Bones and connective tissues (tendons, ligaments) need to be cut, transferred or realigned.

Even though our surgeries are regularly successful and patients do ultimately end up with a healthier foot, major procedures like these carry certain risk factors and can keep you off your feet for an extended period.

By comparison, the HyProCure process is minimally-invasive, which means Dr. Pandya only needs to make a small incision. The stent is then carefully positioned in the naturally-occurring gap we mentioned earlier – so no cutting or fusing bones or tendons. And no need for plates or screws.

This all yields a significantly quicker recovery time than what you can expect from traditional foot surgery.

It may be quicker, but you should still anticipate some recovery. Accordingly, you will be instructed to stay off your feet as much as possible for at least a couple of days. That said, most patients don’t need crutches or other weight-bearing assistance after only 3-5 days. Significant improvement in walking ability is normally experience after around 10 days, and the majority of patients resume their full amount of usual activities after somewhere around 4-6 weeks.

Naturally, the more you can rest and stay off your feet in the early recover stages, the quicker your recovery will ultimately be.

When patients from our local communities come to Capital District Podiatry for treatment, they appreciate the fact Dr. Pandya takes the time to fully understand the problem – and then is able to offer advanced treatments like HyProCure to solve it!

If you’ve been suffering from any kind of foot pain, contact us to request an appointment so you can have the relief you need.

Either call (518) 273-0053 to speak with one of our friendly team members or take advantage of our online form to connect with us right now.